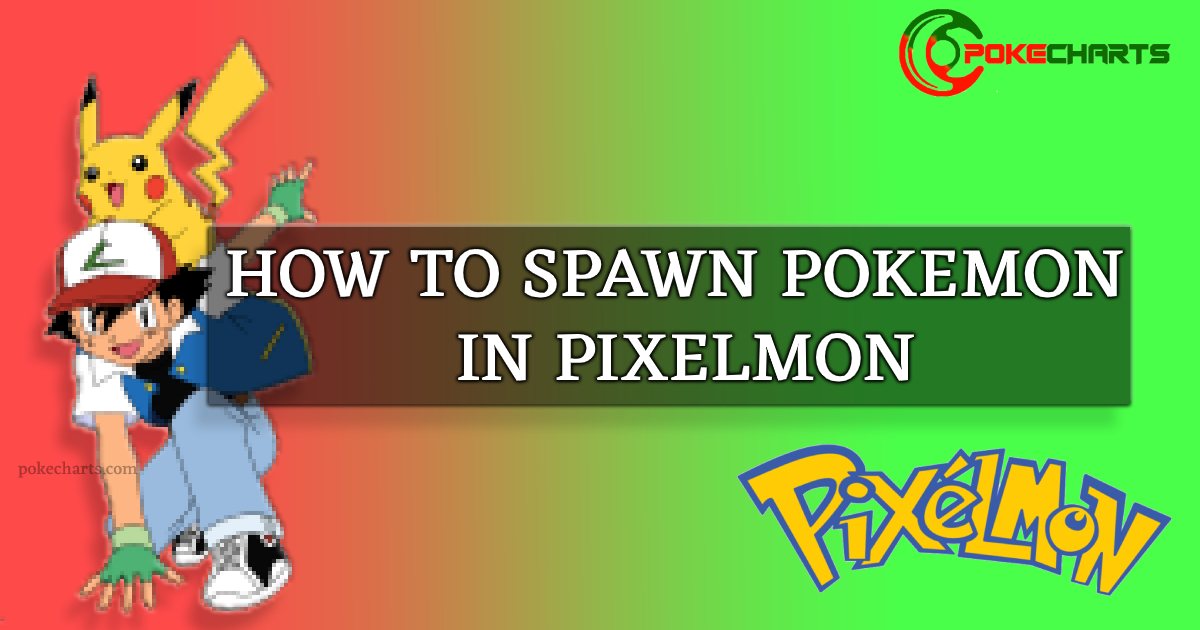 How To Spawn Pokemon in Pixelmon

Who said Pokémons are limited to Nintendo? What if you can catch, and battle with a Pokémon in another game? I bet you are excited about it!

So the game is Minecraft! Most of you people might be familiar with the game. However, there is almost no chance for you to know about this in-game modification that Minecraft released.

This mod is called Pixelmon and allows you to play Minecraft with a wide variety of Pokémon.

Although you might feel like it is nothing when compared to Pokémon games, Pixelmon has its benefits. If you are a Pokémon fan or a Minecraft player who hasn’t yet tried Pixelmon, then I would recommend it to you.

Pixelmon is not limited to particular platforms. However it can be played to the fullest only on the Java edition, Pocket edition, Xbox One edition, Nintendo switch edition, Windows 10 edition, and the Education edition.

Note: These are the several versions of Minecraft according to the platforms they are available in.

So the major advantage of pixelmon is you don’t need a Nintendo 3DS to play your favorite Pokémon games. This is really good news to the desperate Pokémon fans who don’t own a Nintendo.

If you start playing pixelmon, the first problem or doubt you are going to have will be “How do you bring your favorite Pokémon on screen?” There is a way that does not involve switching off the game or device.

If that is what you are looking for, you are in the right place. Keep reading to know how to spawn pokemon in pixelmon.

STEPS TO SPAWN POKEMON IN PIXELMON

NOTE: Cheat codes are made available for Minecraft only on Xbox One, Mac, PC, and Nintendo switch.

So playing Pixelmon is interesting only if you are playing on any of the devices above. However Pixelmon mod is available for all the devices.

You need to enter a cheat code, to spawn your Pokémon. Although your machine is compatible with cheat codes you have to manually allow it.

Now, that you have allowed the cheat codes on your pixelmon world. Press ‘/’(slash). This pops up a window where you can enter your cheats.

This is the important part of spawn Pokemon in pixelmon. You have to go on enter the cheat code for spawning a new Pokémon.

For instance, if you need a Pikachu to be spawned, use ‘/pokespwan Pikachu’. However, making a spelling mistake in the name of your Pokémon will not generate one.

Now go fight off with the Pokémons you spawn on pixelmon and have your fun on any device you want to.