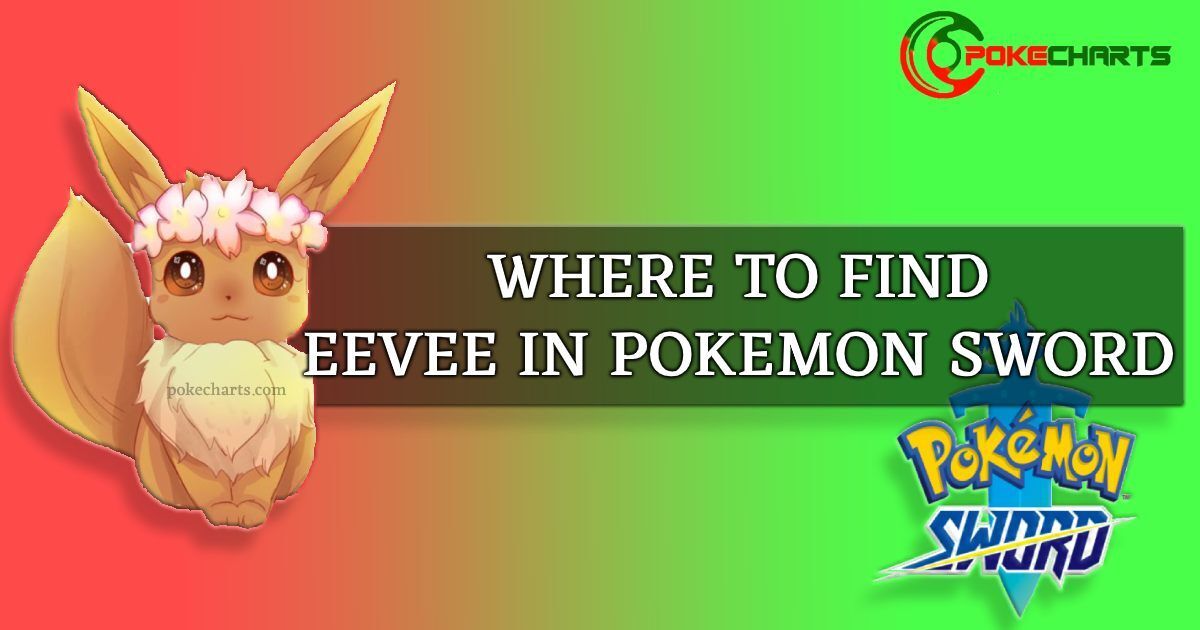 Where To Find Eevee In Pokemon Sword

Are you an ardent Pokémon fan? Then there is no way that you might not have heard of this little Pokémon called “Eevee.” Even the game previous to Pokémon sword was named after this Pokémon as Pokémon: Let’s Go, Eevee!

Ever wondered about this tiny Pokémon while playing Pokémon sword? He can be an asset in the battle tower tournaments. So here are a few places that you can find Eevee in pokemon sword.

Eevee is a normal type Pokémon, which has been featured as the starter Pokémon and mascot of the game, Pokémon: Let’s Go, Eevee! But is he known just for that?

Eevee is also one of the earliest Pokémons that were introduced in the first generation itself.

However, it still possesses the power to evolve into 9 different forms by different methods. This is what makes the Pokémon special.

HOW TO FIND EEVEE IN POKÉMON SWORD?

Transfer from the older

There are multiple ways to get hold of Eevee in the game. One of the easiest ways is to obtain an Eevee from Pokémon: Let’s Go Eevee! However, you need to have the saved file from Let’s Go Eevee on your device for you to do that.

Although the way is very easier than any of the other ways that might involve waiting for long hours, there is a drawback. Your Eevee you get from Pokémon: Let’s Go Eevee! will not evolve into any other form. Eevee will remain just Eevee! That’s shocking?

What is Eevee without those amazing evolutions? But don’t get upset; the game creators aren’t going to let you down so soon. You still have chances to catch Eevee (One that can evolve into anything based on the condition) in the wild!!

Before knowing how to catch Eevee when encountered in the wild, one thing you have to know is, Eevee is a rare find. So try to get hold of it once you come across it by chance.

You can find Eevee on Pokémon sword on route 4 after you take the train from Wedgehurst. Do not expect to find him as soon as you reach the spot. It takes a while, hanging out around the tall grass would do!

Once you find Eevee, battle with any Pokémon you possess. As Eevee’s HP ar drops to the red part, throw a Pokeball to capture him.

If you have a master ball, please use it to catch him because it is not advisable to let a rare chance like this let go!

If you are so impatient, we still have a way to get Eevee in the game. You know how Pokémon sword allows players to battle and trade their Pokémons using the device’s connectivity.

Using this feature, you can trade Eevee for any other Pokémon with your friend. However, real Pokémon fans would not be ready to let go of their Eevee.

These are the ways by which you can find Eevee in Pokemon sword that is supposedly the best Pokémon of the generation. Try for one and get it! Once you get it, evolve it into every form and get the fullest “Eeveelution” experience.