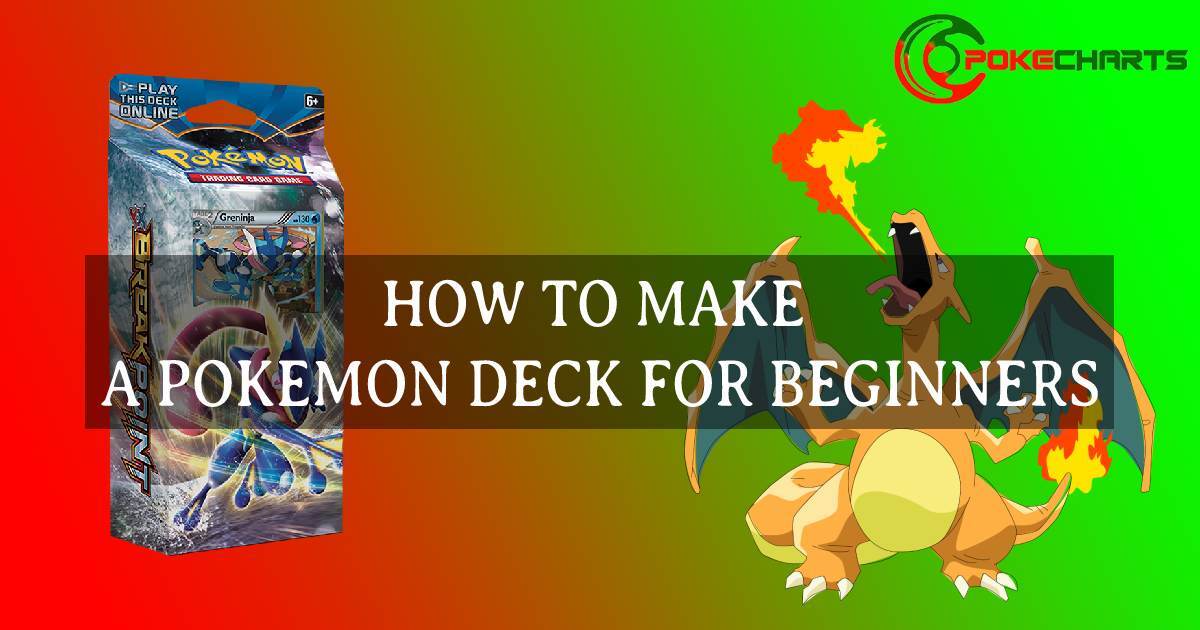 How To Make A Pokemon Deck For Beginners

Are you not a video-game person? But you still love to play and make a Pokemon deck? The creators did see people like you and are not ready to disappoint any of the Pokémon fans. This one is for the people who cherish the beauty of real-world games. THE POKÉMON TCG!! This is one Pokémon game that you can play with any family member provided that you can teach them the rules.

However, the number of players you can play with is limited to 2. The rules may seem confusing but are very similar to any card game that you know of, for example, UNO. The basic game idea is the same. So let us get a closer look at the type of cards used in Pokémon TCG and how to play the name so that you will get to know how to make a Pokemon deck.

HOW TO MAKE A POKEMON DECK

The game starts between two players with a coin toss, and the winner gets to play first. Although the player gets to play first, he is not supposed to initiate an attack against the other player. After selecting who goes first, each player shuffles his deck and draws 7 random cards each. However, one of the 7 cards should be a basic card. If a player doesn’t have a basic card, he can reshuffle and draw 7cards again, while the opponent gets the chance to draw an additional card.

The first primary card is called “Active Pokémon.” This is the one that will be fighting at first. They can then play up to 5 more basic cards, which will be “benched.” Now players draw the top 6 cards in their deck; these are the prize cards. The players then alternate turns until one of them wins. During the turns, there a lot of things the players can do. Players can even switch active Pokémon with the ones that are benched. The winning conditions are that the opponent has to draw all your prize cards by knocking out your Pokémons, or you should be left with no basic cards to draw.

Energy cards are the ones that support the Pokémons and their attacks. There are 10 different kinds of energy cards. They are psychic, dark, lightning, fighting, grass, water, dragon, metal, fire, and colorless. The energy card is chosen according to the Pokémon you decide to use in your deck. However, the number is entirely your choice.

Trainer cards are not just trainer cards but are divided into item cards, supported cards, and stadium cards. Although they perform distinct functions, each has a unique task in affecting the gameplay.

Pokémon cards are the ones with Pokémon that your game will be based on. However, the Pokémon you choose can evolve into levels starting from the active basic card to any stage using energy and trainer cards. Each evolved Pokémon card is placed over the active primary card during the game.

HOW TO MAKE A POKEMON DECK?

Building your deck is the most challenging part of a Pokémon TCG. However, you need to know the basic needs and rules of the game. This is how you build a deck with 60 cards:

Note: As a beginner, please have an equal number of trainer and energy cards (20 each) and a complete deck with Pokémons and their variations.